January marks the annual celebration of the birthday and accomplishments of Martin Luther King Jr. For many Unitarian Universalists, it encourages reflection on that terrifying and agonizing struggle to earn equal status for Black Americans. Many UU’s were active participants during the time of Martin Luther King’s courageous crusade to bring equality to Americans of African heritage. That crusade was marked by violence and death in response to King’s strategy of non-violent protest.

Television was a medium in its infancy and virtually unexplored as a method of bringing live news to the front rooms of American homes. One of the first intrusions into the American conscience came when the citizens of Little Rock, Arkansas, attempted to block the enrollment of nine African-American students at Little Rock Central High School. Television cameras relayed the vision of Federal troops being utilized to help these young people attend their local high school. 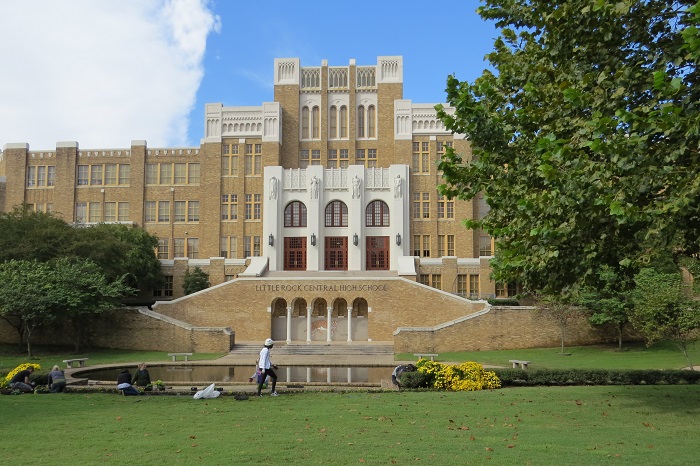 More violent response came when Freedom Riders tried to travel across the states of the deep South in Greyhound buses as a means of protesting racial segregation, especially that which required Blacks to be seated in the backs of buses and in separate rail cars. Cincinnati was a daily witness to that degradation. When Black Americans boarded a train at Union Terminal bound for the South, they had to be seated in a segregated car. If they were on a train entering the terminal from the South and were headed north, they were allowed to change cars and sit wherever they liked.

Perhaps the height of heinous violent response was reached in Birmingham, Alabama, when four girls were killed in their Sunday School class on September 15, 1963, at the 16th Street Baptist Church. A bomb containing 15 sticks of dynamite attached to a timer was placed on the wall outside their church. The explosion took their lives and injured several dozen others. 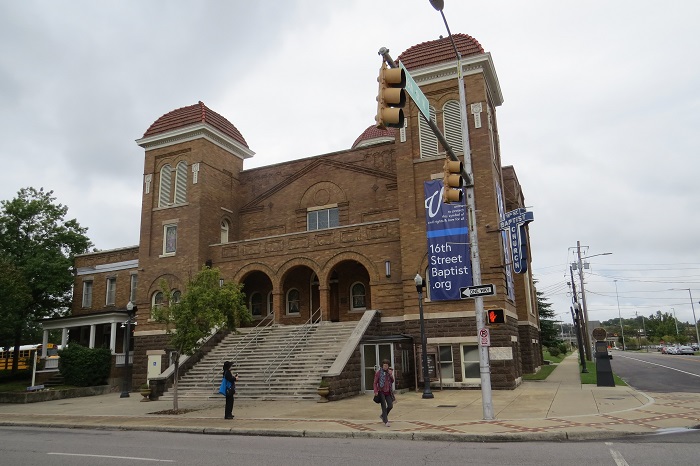 A week after the bombing, a memorial watch was held at Fountain Square led by the Reverend Fred Shuttlesworth. He had recently relocated to Cincinnati from Birmingham where he had acted as the leader of non-violent resistance to the policies of a heavily segregated Birmingham. In Washington DC, a march of 5,000 mourners started at All-Souls Unitarian Church and proceeded to Lafayette Square in front of the White House.

Two years later, Black activists focused their efforts on eliminating the many measures used in the South to rob African American citizens of their right to vote. The focal point of that effort was Selma, Alabama. A march from Selma to Montgomery was organized for March of 1965. The march was brutally turned back at the Edmund Pettus Bridge in Selma. A second march two days later forced marchers to return to their base at Brown Chapel AME Church. 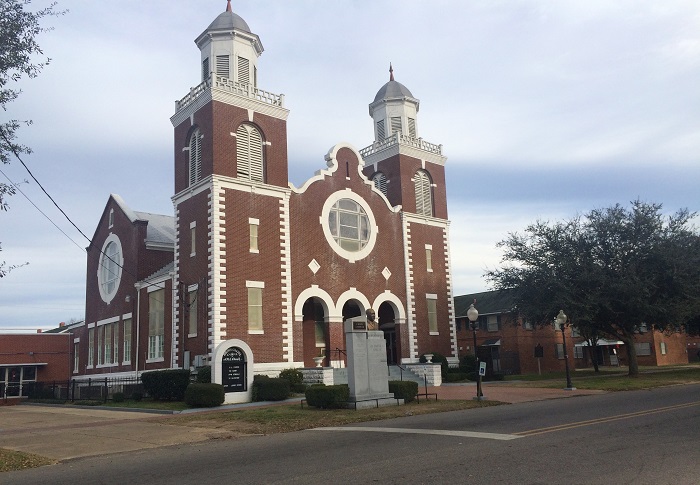 On the night of the second march, three UU ministers, James Reeb, Clark Olsen and Orloff Miller were leaving an integrated restaurant when they were attacked by four men. Reeb suffered critical head injuries from the beating. He was taken first to the hospital that serviced the Black population in Selma. That hospital did not have the facilities to treat him. The Selma white hospital refused to admit him as did every hospital in Montgomery. He was finally treated at a hospital in Birmingham but to no avail as he passed away two days later on March 11, 1965. The Reverend Clark Weils of St. John’s Unitarian Church of Cincinnati, a friend of Reeb’s, was in the hospital room when Reeb died. 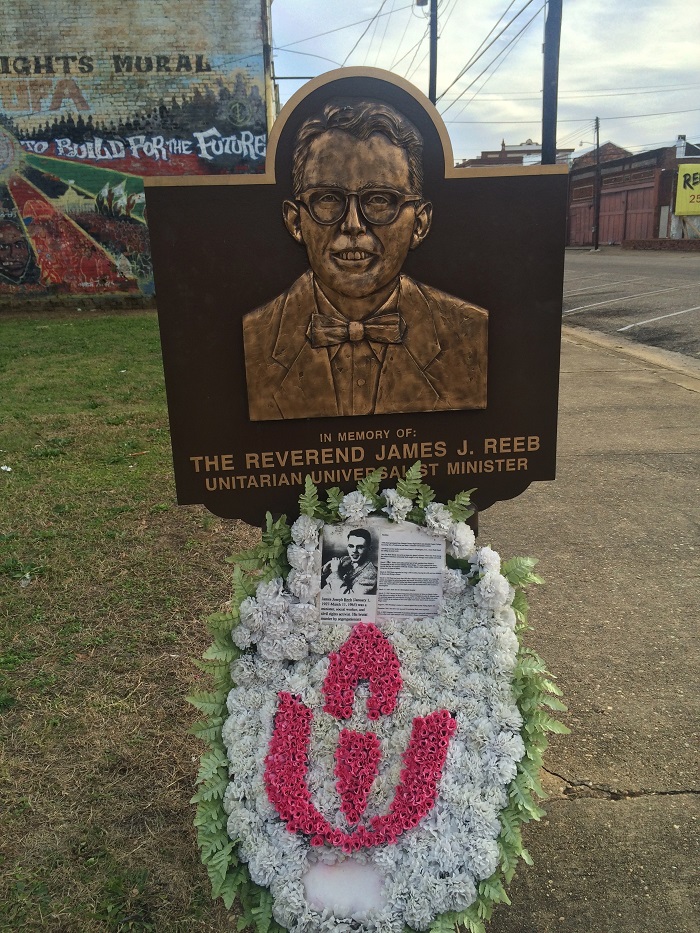 Nationwide protests were held in the weeks after Selma. Five thousand were in attendance in Cincinnati at a rally which the First Unitarian Church played a role in organizing. Our own church voted to send a fifty dollar memorial gift to Mrs. Reeb. In his eulogy delivered at Brown Chapel, Dr. King said of Reverend Reeb, “James Reeb symbolizes the forces of good will in our nation. He demonstrated the conscience of the nation. He was an attorney for the defense of the innocent in the court of world opinion. He was a witness to the truth that men of many races and classes might live, eat and work together as brothers.”

The violence continued. On March 25th, just a few weeks after Reeb’s brutal murder, Mrs. Viola Liuzzo was ambushed on the highway between Selma and Montgomery. Mrs. Liuzzo, who had recently joined the UU faith, was shuttling protesters between Selma and Montgomery when she was shot to death in her car on Highway 80. To add another level of inexcusable inhumanity to her death, J. Edgar Hoover initiated a smear campaign against her to deflect attention from the fact that one of her killers was a paid FBI informant. Since that time, Mrs. Liuzzo has received multiple recognitions as a true fallen hero of the civil rights movement. 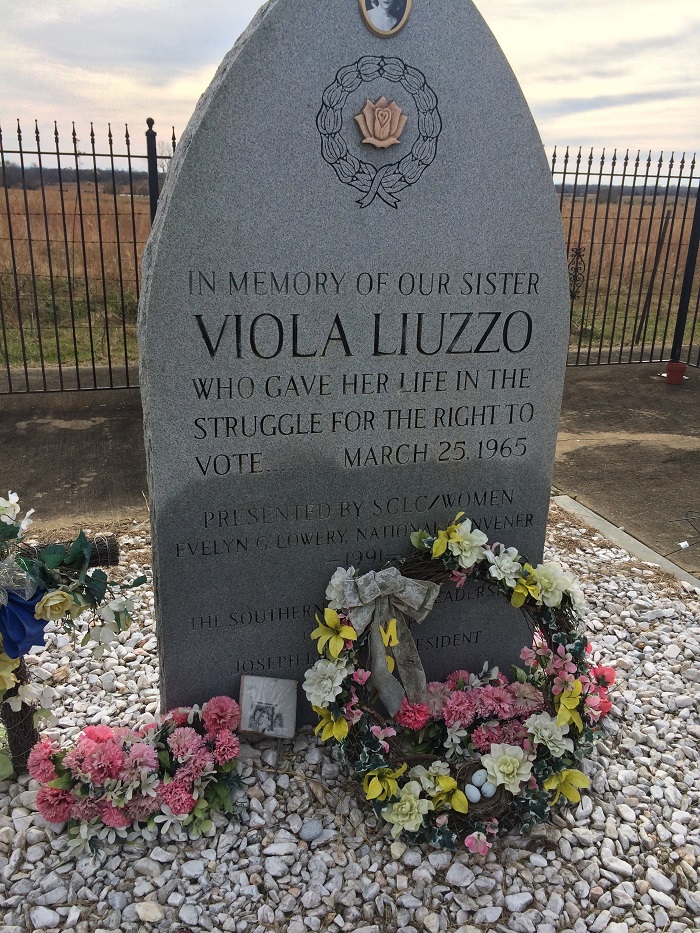 As we take time to recognize the great works of Dr. King, we should remember all those who gave their time, energy and in some cases, their lives, to make America a more just place in which to live. Many Unitarian Universalists, most of whom remain nameless, played a central role in that struggle.

On a recent trip to Little Rock, Ann and I had the opportunity to visit Little Rock Central High School. It was a Saturday morning and a group of students were planting fall flowers on the grounds of the school. There were students of many racial and ethnic backgrounds working on the project and they were laughing and enjoying the company of each other. While much yet needs to be done, it gave us time to reflect on how much has been accomplished by those who chose to fight for equal justice in America. 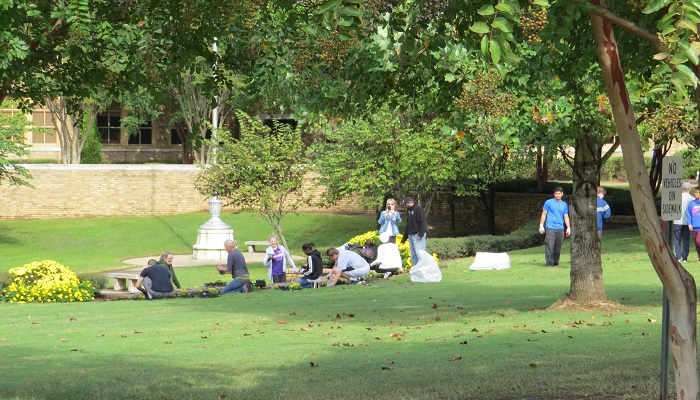