In the January archive article, it was discussed that this year we will be celebrating the 250th anniversary of Universalism in America. What exact event are we really recognizing? Before a discussion of that, it might be beneficial to newer members of our congregation to examine our own origins.

So, what are we celebrating? In September of 1770, an English refugee named John Murray landed on the shores of New Jersey in a small boat looking for food and friendship. He had been a preacher in England but had been vilified for the message he was delivering. That message was that God was a loving God who would eventually grant universal salvation to everyone. There was no Hell, only a kingdom of acceptance and love in the afterlife. Trying to preach this message in England had brought scathing criticism and threats of bodily harm.

For nearly 1700 years, the bedrock of Christian faith has been a judgment day when the righteous will go on to a paradise called Heaven and the damned will suffer through eternity in a burning Hell. One need only examine the art of Renaissance and Reformation Europe to see that theme repeated endlessly in churches across Europe, whether they be Catholic or Protestant.

Below is Michelangelo’s “The Last Judgment,” which covers the entire back wall of the Sistine Chapel. It is a never-ending reminder of the rewards of a good life and the suffering that awaits sinners. Below that work is Hieronymus Bosch’s triptych “The Garden of Earthly Delights,” which as an altarpiece draws the eyes of the worshiper to the same reminder of the afterlife. 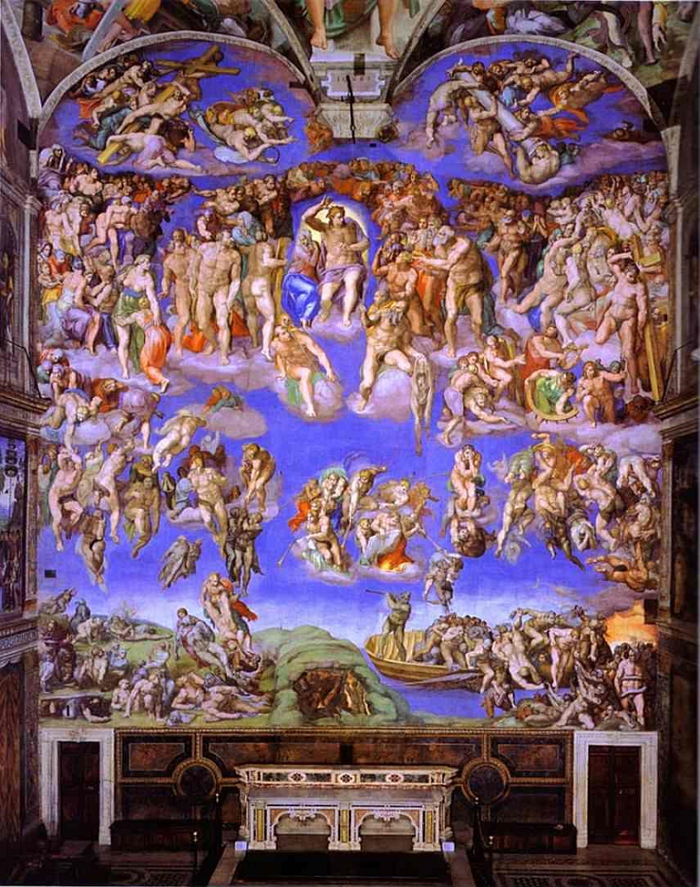 The Last Judgment, by Michelangelo 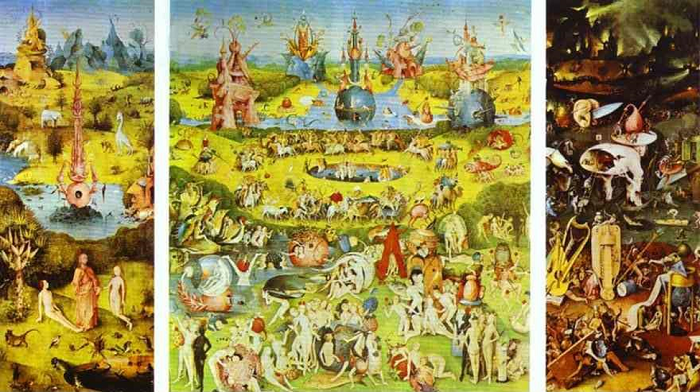 The Garden of Earthly Delights, by Hieronymus Bosch

Murray’s belief that there was no Hell drew scorn and ridicule, and he fled to the shores of the American colonies. Landing in New Jersey, he soon met a local farmer named John Potter. Potter welcomed Murray and quickly took him to a church which he himself had constructed in the hopes of starting a congregation in the neighborhood. When he heard that Murray was a preacher, he invited him to deliver a sermon. On September 30, 1770, Murray delivered the first sermon in America with a Universalist theme and it is that sermon that we will be celebrating this year.

We will explore John Murray’s life in America more in a later archive article. Be aware that the national UU organization plans a celebration of this sermon at Murray Grove in New Jersey on the weekend of October 2-4.