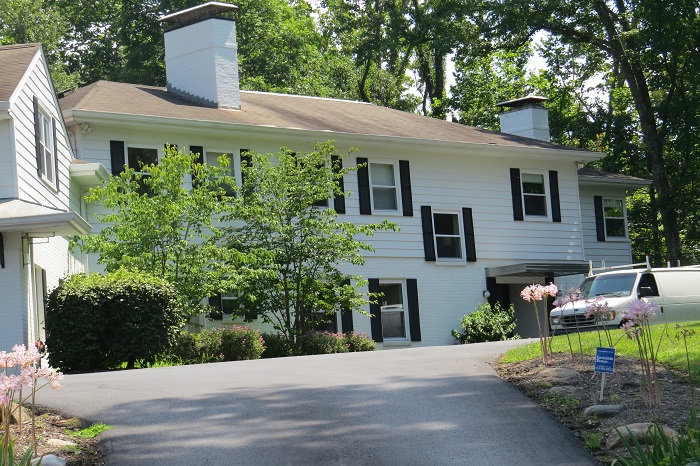 Our congregation’s location in 1969

Where were we as a church in 1969? An examination of church documents gives us glimpses into our church and its membership fifty years ago. During the year 1969, the church was located at Salem Acres and the minister was Karl Bach.

On January 6th, members participated in the 3rd annual Community Christmas Tree Burning Ceremony. “The Other Wiseman” was read and was followed by a burning of Christmas trees at the old Anderson Elementary School.

On January 7th, a special program was offered at church by the Couples Club. A guest speaker from the Cincinnati Telephone Company, engineer Harold A. Stephens, introduced guests to the wonders of a recently developed scientific device called the laser beam.

On March 30th, a drive for new membership was begun. The beliefs of our church were spelled out in the following declaration presented in the order of service. “Universalists believe in immortality in the greater majority, some do not; but, all agree that the best way to prepare for any future life after death including the memory of man is to live an exemplary life here and now! Universalists reject all doctrines of the Trinity, of ‘original sin’ and of salvation through the vicarious suffering and death of Jesus. The similarity of opinion among Universalists is the knowledge that sooner or later, reasonable minds working on the same materials as this earth, are likely to arrive at similar conclusions. Universalists believe that the great ideals of life and their fulfillment will ultimately be realized by all men of all religious faiths, even though every faith must reflect its own cultural patterns.”

In May, planning for the opening of the Salem Acres swimming pool began. It was noted that the cost of running the pool for the summer season ran between $400 to $500. It was motioned and passed that a $1.00 fee for adults and 25 cents for children be charged for pool use to defray the cost of operation.

On September 11th, a congregational meeting was held to discuss the dire financial situation of the church. Average costs for operating the church were $405 per week. Average collections for Sunday services were $135 and money accrued from investments averaged $105. That left a deficit of $165 per week.

At the September Board of Trustees meeting, Reverend Karl Bach offered his resignation as he felt there was no way the church could afford to pay the salary of a minister and remain solvent. It was agreed that he could remain with the church up to three months while he sought another church to serve.

The youth of the church held a drive to collect clothes for the Cherokee Indian Mission School in Bunch, Oklahoma.

In December, the Service Circle continued its work with the Men’s Ward of Longview Hospital. Small parties were held at the hospital once a month throughout the year and a Christmas party was conducted by the ladies for the men patients. Gifts were collected from the church and baskets distributed at the Christmas party. Among the gifts donated for the baskets were fruit, candy, cigarettes, handkerchiefs and cash.

Also in December, the Clara Barton Guild passed around a petition seeking signatures of support for a resolution to be raised at next summer’s General Assembly concerning women’s rights.

This commitment to women’s rights was significant in the history of the Universalist Church. The year 1969 marked the 100th anniversary of the founding of the Women’s Centenary Aid Association. At the 1869 biennial convention of the Universalist Church, this organization was initiated, making it the first women’s national church organization in the United States. It was begun to raise funds for church activities but quickly evolved into a group providing financial support to liberal colleges and eventually to funding its own missionary program. It later became the Unitarian Universalist Women’s Federation.