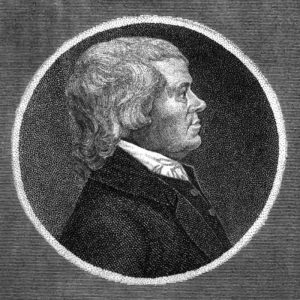 When we left our Universalist founder, John Murray, he had taken a new wife in 1788 and was well into his settled pastorate at the original Universalist Church of America in Gloucester, Massachusetts. In 1789, he composed a letter of congratulations to George Washington on his election to the Presidency of the new United States of America. It was well received by the president and a return letter of thanks to Murray came from Mr. and Mrs. Washington.

However, John Murray was a wanderer, a vagabond, a man who needed to see as much of the world as the limits of 18th century transportation would permit. He made a number of trips in and around Philadelphia and saw it as fertile ground for Universalist ministry. He preached in houses and churches and was invited to move permanently to Philadelphia to start a new church. He was offered over a 1,000 dollars a year in salary and free housing. But, his loyalty to Gloucester caused him to turn it down.

His next venture took him to Boston, a city where he had preached during his early days in America and had met enormous resistance and even physical attacks. He saw Boston as the potential center of Universalist thought. Eventually the offer came to start a church there and he felt he could not turn it down. The people in Gloucester were greatly disheartened by his leaving, but Murray felt that Boston was the epicenter of the liberal religious movements taking root in the Northeast. To honor his old supporters, Murray made occasional trips back to Gloucester to preach, an honor he accorded to no other church outside Boston. Even before their employment of Murray, the Universalists in Boston had purchased a wooden church structure from the Congregationalists and it became the home of Universalism in Boston until it was replaced by a larger structure in 1838.

Murray spent the next 15 years developing a cadre of ministers who would follow in his footsteps, the most prominent being Hosea Ballou. It is important to trace our own church’s direct connection to Ballou and thus to Murray. When the First Universalist Society of Cincinnati was created in 1827, its first minister was Josiah Waldo. Waldo was trained by Ballou and married Elmina Ballou, the daughter of Hosea.

Murray’s beliefs and practices as a minister included several major deviations from typical Christian religious observance beyond the belief in universal salvation. He did not believe in transubstantiation and thus, would not conduct communion services. When requested to do so, he would perform memorial services in place of the eucharist. He also did not believe in infant baptism. To replace it, he would conduct dedication services, a practice followed by many of his immediate successors and still in use today in UU churches including our own. He also attached himself to his congregations in a much more committed fashion than most traditional ministers of his day. He saw his church members as a part of his family and he served them like his own family, tending to many needs outside the realm of the religious sphere.

Murray continued to serve the people of Boston until October of 1809, when he suffered a debilitating stroke. While he attempted to continue his activities as a minister, the effects of the stroke severely limited his strength and abilities. Murray passed away on September 3, 1815, as he neared his 74th birthday. He was interred in the famous Old Granary Cemetery in downtown Boston in the Sargent family vault. However, 20 years later it was decided to build a monument to him and he was reinterred in Mount Auburn Cemetery in Cambridge where he rests today.

It is now 2020 and our society is facing a host of challenging trials. As we prepare to celebrate 250 years of Universalism, perhaps we can reflect on one of Murray’s greatest strengths. He often disagreed strongly with people but he conducted himself in such a manner that he frequently won over as friends his most ardent critics. He counted among those friends a collection of some of the most influential and famous people from the formative years of our nation. Many of those friends did not adopt Universalism as a religion but they greatly respected the man who planted its roots on American soil. They admired his abilities to fight for his cause yet remain on cordial terms with his adversaries. In today’s atmosphere of confrontational politics, perhaps we could use a strong dose of Murray’s love of humanity.

While this completes the story of John Murray, there is an important person in his life who also deserves recognition. That person would be his remarkable wife, Judith Sargent. We will look at her story next month.