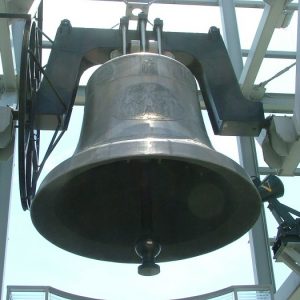 We are nearing the end of another decade. Twenty years ago, the world was preparing for the end of a millennium. Much was being written about the Y2K bug, which threatened to bring the global information system crashing down around us because few computer systems had been programmed to handle the year 2000. Chaos was imminent. Some people were looking forward to gargantuan celebrations. The London Eye, a giant Ferris wheel, was to open on New Year’s Eve on the Thames River. Concerts featuring some of the world’s greatest pop music groups were being held in both hemispheres. ZZ Top and Lynyrd Skynyrd were to perform in Dallas and Barbra Streisand was to wow an audience in Las Vegas. Where were you in 1999 and what was happening at Heritage Universalist Unitarian Church?

A search of the archives reveals that life at our church was marching ahead at a fast pace. During July of 1999, the church leaders created a scavenger hunt which took the participants room to room and around the grounds seeking out the answers to about 40 questions concerning our facility. That same month, Grant and Frank Lyon, sons of Barb and Bill Lyon, were dedicated.

Heritage paired with St. John Fisher Catholic Church, just up Newtown Road, to support a refugee family from Kosovo. The family included a mother, father and a total of seven family members. Activities of support included helping the adults learn how to use the post office, write checks, get a driver’s license and look for work. Tutoring was provided for the children who spoke no English and the family was taken on a Halloween fun night. When they left their home in Kosovo it had been reduced to ashes in the war, and they were able to take with them only a paring knife and a demitasse cup and the clothes they were wearing. Terry O’Donnell-Parsons coordinated the program for Heritage.

Dan Mathey, son of Dean and Becky Mathey, had neared completion of the labyrinth as part of his Eagle Scout project. Members were asked to bring a small stone or brick on October 31 to complete the construction. Twenty years later, the labyrinth still occupies a sacred place in our religious community.

As the year came near to a close, Reverend Elinor Artman offered a sermon entitled “Fin du Siècle” (sometimes written as “Fin de Siècle”  and meaning “End of the Century”). Her status as an interim minister was being questioned by some. She was beloved by all but some felt that a full-time minister was needed for the congregation to thrive. Sam Gamble, president of the Board of Trustees, was sponsoring discussions and planning regarding this issue. Nancy Howard and Jill Frank both reflected on the future of the church in Heirloom articles.

On the eve of the new millennium, several ways of ushering in 2000 were offered. From 2:30 to 4:00 p.m. on December 31st, an interfaith gathering was held at the Peace Bell in Newport. Singing and children’s activities focused on supporting peace initiatives in the years to come. At 8:00 p.m., Heritage Universalist Unitarian Church offered a family friendly New Millennium party. The organizers promised good company, fun games and a roaring fire as well as a stroll through the labyrinth. Melissa Rockenfield supervised the event.

So much has happened in the intervening 20 years. The Y2K bug seems almost insignificant in comparison to the events that followed that night of ringing in a new millennium.