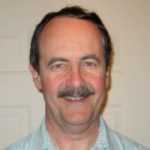 We should all be very pleased that, in recent legislation responding to gun violence, Governor DeWine, the Ohio Legislature, and U.S. Congress have all increased funding for mental health programs and services in Ohio and across the country. Mental health issues are much more common than many people realize. 54 million Americans ages 13 and older experience a mental health issue in a given year. NAMI – National Alliance on Mental Illness – says everyone has a family member, co-worker, or friend that is affected by mental illness. Globally, mental health difficulties for adolescents during the COVID-19 pandemic have doubled. The U.S. Surgeon General has declared mental health issues among our youth a national crisis. With a large and growing problem, increased funding is welcome and needed.

In response to recent mass shootings, these were typical Republican reactions – Texas Governor Abbott – “We need to do a better job with mental health.” Former President Trump – “We need to drastically change our approach to mental health.” Senator McConnell – “There are two broad categories that underscore the problem, mental illness and school safety.” But, addressing mental health issues will not fix our gun violence and mass shooting problem, because the assumption that gun violence and mass shootings are caused by mental illness is wrong. Only 5% of violent crime is committed by people with a mental illness, meaning 95% is not. Of the approximately 1 million violent crimes in the U.S. in 2020, that would mean 50,000 were committed by people with mental illness. Which means that 99.9% of the 54 million Americans with mental health issues are not violent.

Fewer than half of people with a mental health issue receive any treatment. There are many reasons for this – cost, lack of access. But a big reason is stigma – negative attitudes about a person or group based on their appearance or behavior, often unfairly (a negative stereotype).

Stop associating the mental health challenges faced by 54 million Americans with the terrible actions of mass shooters. Rage, hatred and grievance are not mental illnesses. Entitled men armed with assault rifles, and fragile egos, and the conviction that others are “less than human” are flawed, but not suffering from an illness.

To add to the pain, suffering and stigma of tens of millions of people by associating their illness with violence is bad enough. To do so to provide political cover for your unpopular policies? That is just contemptible.

Every country in the world has people with mental health issues, at rates very similar to ours. Every country in the world has angry young men, and embittered people. But we are the only country that allows civilians to easily buy weapons of mass destruction, and we are the only country to experience weekly mass shootings. The connection is obvious to anyone who is honest enough to see it.

Steve McCamley is not only the Choir Director of Heritage Universalist Unitarian Church, he is President of Stop The Stigma Productions, a non-profit with a mission to raise awareness and reduce stigma around mental illness and addiction.