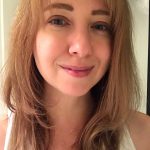 I have a confession to make. I used to feel guilty about it, but somewhere along the way, I let that go. There’s not a one of you who probably haven’t felt the same way too. There are probably different levels of reactions, though, some feeling very guilty and others, no qualms at all. I’m talking about the times when you just “can’t people” or just don’t like people in general. I have a hard time following our First Principle in my heart sometimes.

The first Principle of Unitarian Universalism is: The inherent worth and dignity of every person. EVERY person! It is an important principle as we are humanistic at our core and respecting our fellow beings is a good basis for a good, peaceable, and stable world. Even the Golden Rule, or even better, The Platinum Rule, gets to the idea that we need to be good to each other: Treat others how you want to be treated or treat others how they want to be treated. And we should be good to each other, or at the very least “harm ye none!” But our Principle goes past how we act and gets more into our hearts, challenging us to see the worth in everyone and to see them as dignified – due respect and honor. That can be very hard.

I’ll give you a “Life Pro Tip” to help you better follow our First Principle: stay out of the comment sections on social media! In today’s politically charged and divisive times, people are passionate about their views in a way that is aggressive and cruel. I have yet to see a productive conversation between two or more faceless social profiles/strangers where each states their opinion or viewpoint and then listens to the other’s side. Instead, there is attacking and name calling and memes and fake news links or dismissal or deflection or accusation…it goes on and it is exhausting. How do we see the inherit worth and dignity of people like that?

After the 2016 election, I posted a picture on Facebook taken in Joann Fabrics showing an aisle fully stocked with all kinds of beautiful fabric. The caption that went along with it was: “I’m going to my Happy Place.” Many friends understood and were likewise distracting themselves from the shock and horror that we felt. My father’s oldest brother charged right in though saying how great things were going to be now and how excited he was for the new President. I can tell you that I did not like him very much right then. My in-laws, whom I had held in very high esteem, had also let me down. One of my sisters, one of my brothers, both brothers-in-law, all fell from their places in my heart. How do you navigate that?

Even before the election, there are those amongst us who are just horrible people – it is fairer to say – people who do horrible things. I struggle with the idea of Capital Punishment. Some argue that it is barbaric and must be done away with. It is hard for me to not see the issue through the eyes of the survivors of victims of these worst kinds of crimes. It is well and good to say that you do not agree with this ultimate punishment, but what if someone you love is the victim? Is it naive to say that you would forgive the offender? How do you see the inner worth of a person who destroys your world?

This past weekend was Easter and four of five of my siblings and my folks and my in-laws were there. My other sister was traveling for work, but her family was there. We gathered in Adams County at the home of one of my sisters. The younger kids (seven in total) jumped on the trampoline and ran around in glee. Two large Trump banners hung proudly in the background. My brother-in-law is loud and opinionated. He is also really good with my 34-year-old cousin who has Cerebral Palsy and has always been in a wheelchair and “talks” but only in a way that my uncle and her younger sister can understand. He is always teasing her and making her laugh. The rest of the family are polite to her but he gets right in her face and whisks her away joyfully. He is also really good to my sister, who four years ago, after losing the use of her legs, was discovered to have Multiple Sclerosis. She is walking with assistance now and has lost too much weight and is often fatigued. They sold their previous two-story house three years ago and he built her a big ranch home. He will always take really good care of her.

The younger sister of my cousin with CP, right after her graduating from Boston College for film studies, was hit with a family tragedy in that her mother, my beloved aunt, was dying of cancer. Two months later, after my aunt’s death, my cousin stepped in and became the primary caregiver for her sister. She did it without complaint and with love and flourish, taking her to the zoo every week and on so many various outings. My uncle has since retired and is helping more and my cousin is now planning a wedding. This last Easter, we all sat around talking about those plans. We sat around catching up. We sat around just being a family.

I think it is important to not let these divisive times ruin our families and friendships. It is easy to take it personal and internalize the pain. But there will be an eventual end to this era and we are going to need to be able to navigate that with bridges and torn down walls.

Somewhere along the way, I realized that I may love my family, and at the same time, at times, not like them very much. And that’s ok and maybe the key. Sometimes people are hard to like but if we can love the core of them, then that is enough.

Receive just a few emails per week by adding your email address to the HUUC Announcements Google Group. Send your request to be on the list, with your first and last name, to our Church Administrator at: