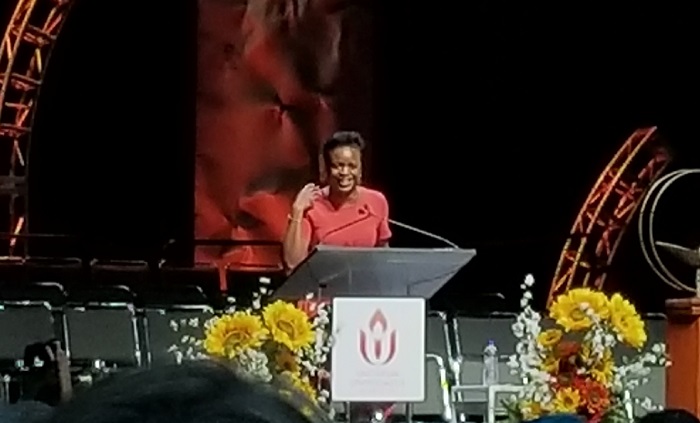 Five members of Heritage Universalist Unitarian Church—Rae Jane Araujo, Russ Araujo, Tracey DuEst, Bob Lamb, and Ellie Lamb—traveled to Kansas City, Missouri, to participate in the Unitarian Universalist Association’s annual General Assembly (GA). Bob, Ellie, Tracey and Russ were Heritage Church’s delegates to GA. Rae Jane and Russ were Heritage’s delegates to the MidAmerica Region’s annual Assembly, which was held at the same location just prior to GA. Bob and Ellie also joined their voices with UUs from dozens of other churches in the GA Choir. The assembly took place from June 20 to 24, 2018.

GA consists of worship services, workshops, lectures, public witness, and other activities, as well as the governing business meeting of the UUA.

You can find many on-demand videos, transcripts, and workshop materials from GA at the UUA GA Online webpage.

Below are some scenes from GA. 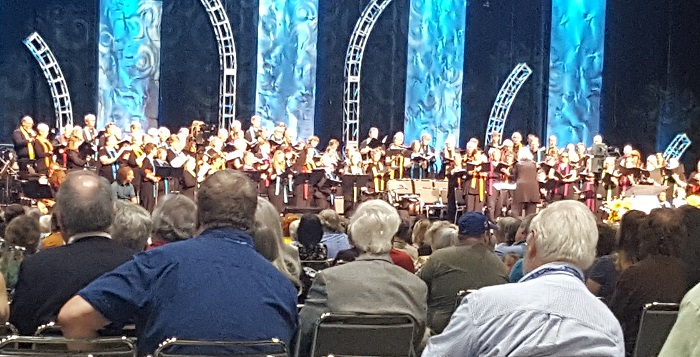 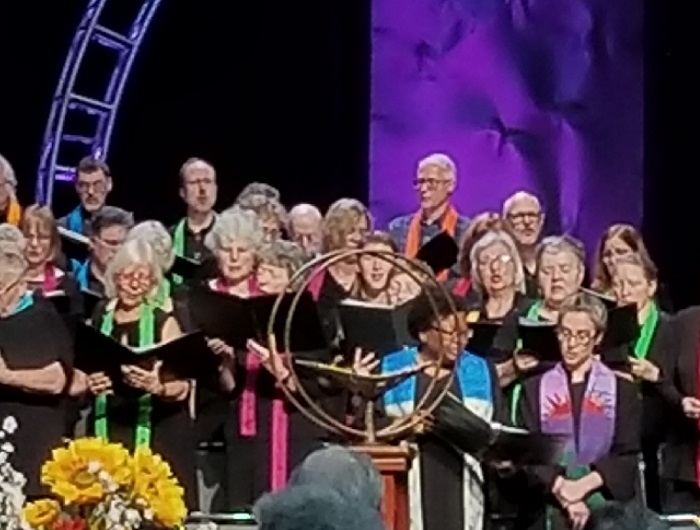 Choir and Chalice at UUA General Assembly 2018. Two members of Heritage Church can be seen in the choir. 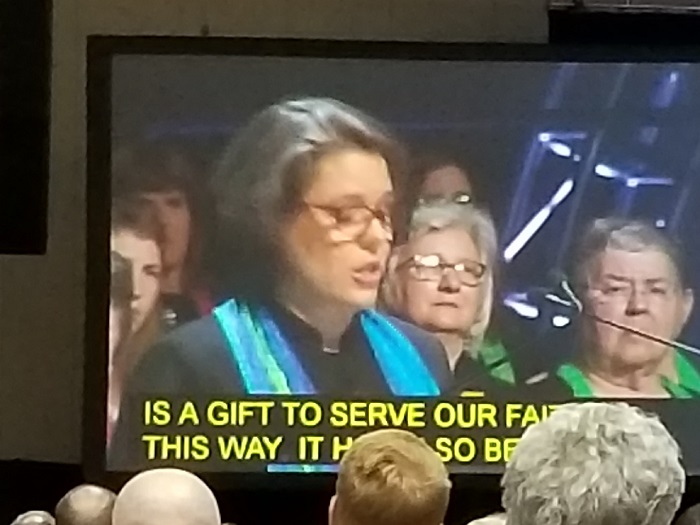 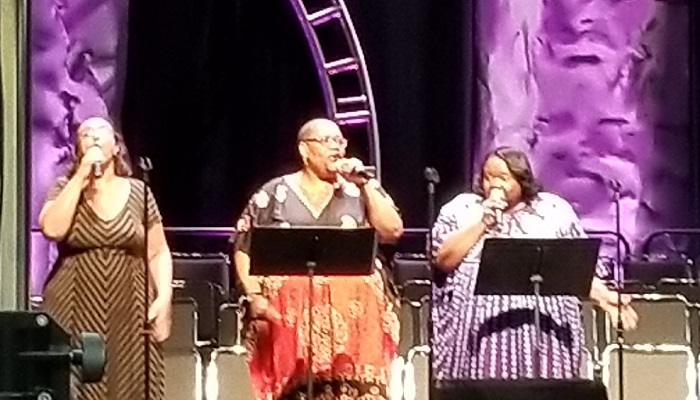 Singers at the UUA General Assembly 2018 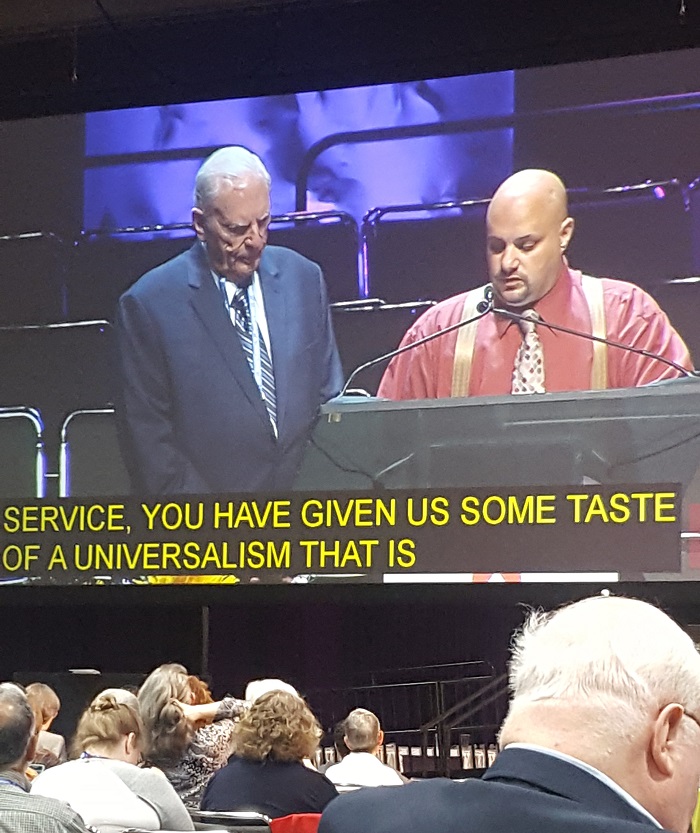 Rev. Charles Gaines (left) receives the Distinguished Service Award at General Assembly 2018. (It also happens that Rev. Gaines was the last person to be ordained as a Universalist minister, weeks prior to the 1961 consolidation of the American Unitarian Association and the Universalist Church of America.) 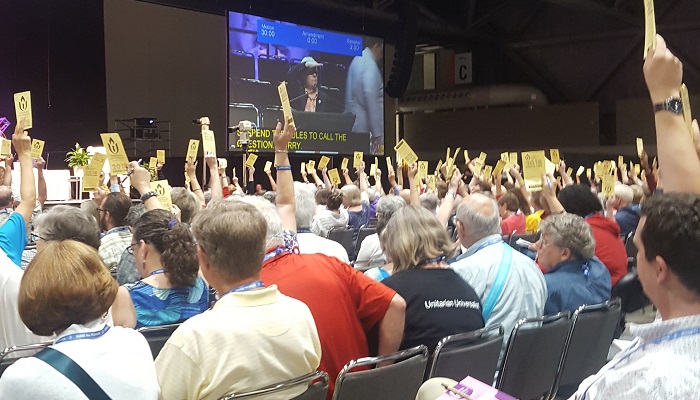 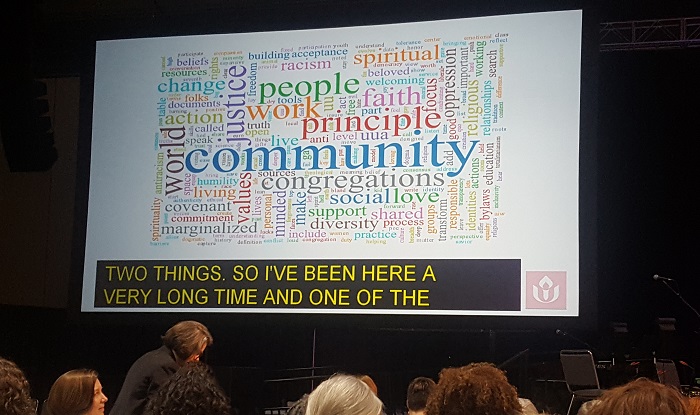 Word Cloud developed by delegates at General Assembly 2018. Small groups of delegates, responding to questions, developed answers that were summarized in this word cloud. 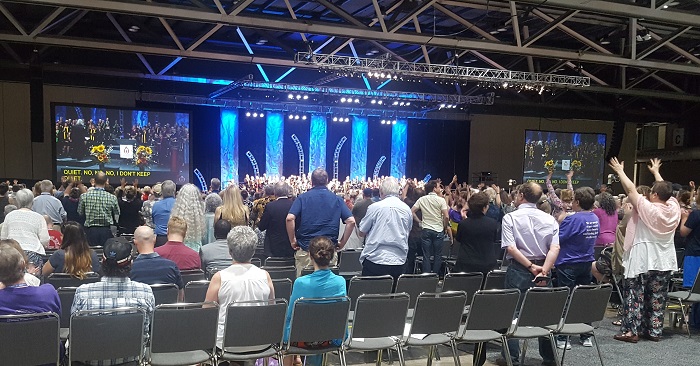 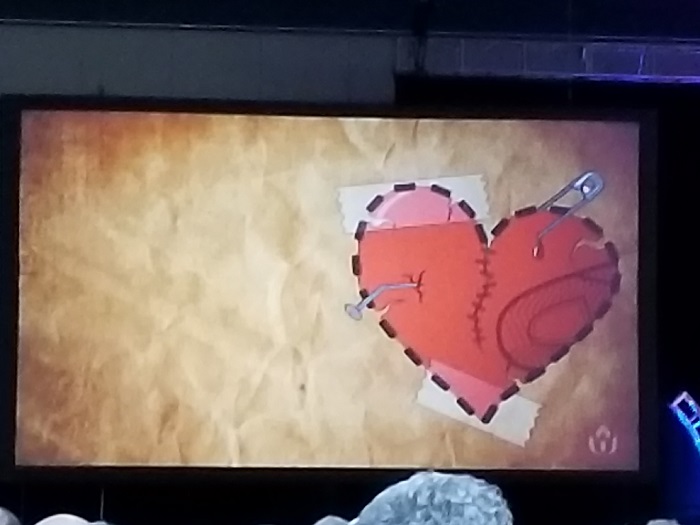 Illustration on Monitor Used for Story at General Assembly 2018 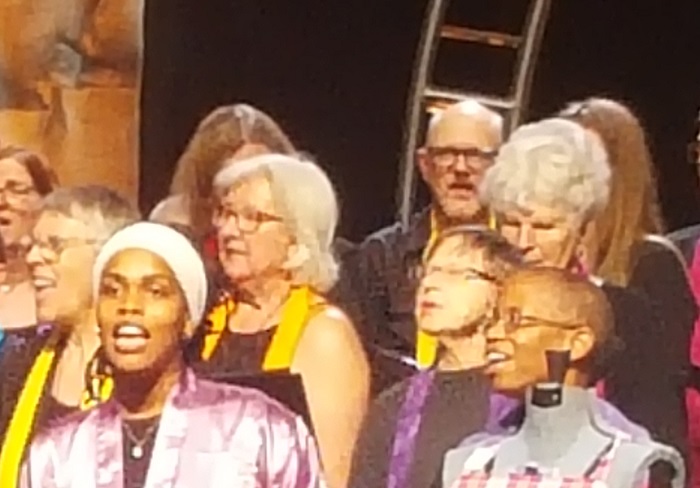 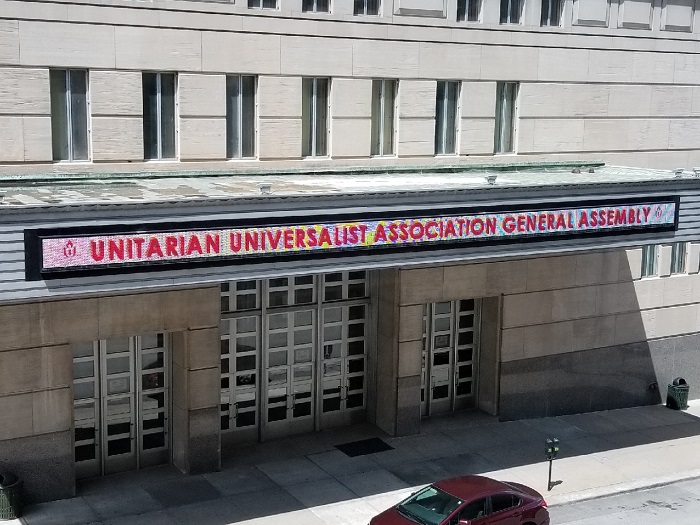