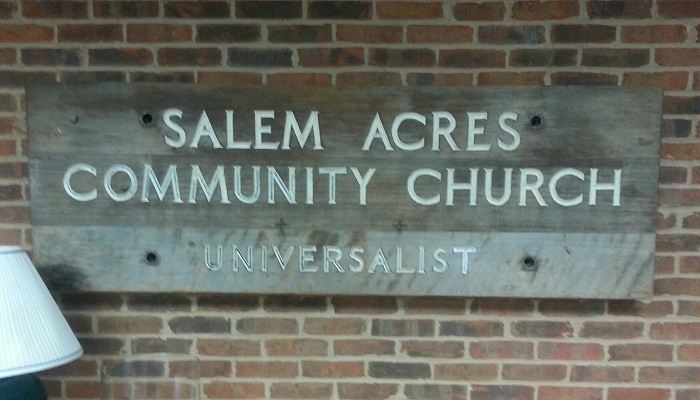 Age of Reason: Former name of the Rainbow Discovery program.

ARE: Adult Religious Education, as contrasted with RE – i.e., children’s Religious Exploration. ARE programs are classes, discussion groups, and other forms of religious and spiritual exploration for adults.

Assistant Minister for Religious Exploration: The clergyperson who is in charge of the children’s religious exploration program at Heritage Church.

Candles of Community: A time in the worship service when congregants share sorrows and joys in their lives.

Contributing Friend: Someone who makes an annual financial commitment (“pledge”) to Heritage Church and otherwise supports the church with their time and talents, but who has not become a member of the church.

Friend: Someone who frequently attends functions and perhaps supports the church, but has not become a member and does not make an annual financial commitment (“pledge”).

GA: General Assembly. The annual gathering of delegates and others from UU churches in order to hold a business meeting and attend workshops, services and lectures. The General Assembly is held in a different city each year.

Heirloom: The name of the church newsletter, distributed by email.

HUUC Announce: The unofficial name for our email distribution list for church announcements.

IPM: Inter Parish Ministry. An organization based in Newtown that has a food pantry which Heritage Church supports. Website: www.interparish.org.

Member: Someone who has officially joined Heritage Church. Only church members may vote on matters of church business at congregational meetings.

MidAmerica: The MidAmerica Region of the UUA. This is the region to which Heritage belongs. Website: www.midamericauua.org.

OOS: Order of Service. This is the leaflet handed out as people enter church, listing things such as hymn numbers and names of speakers.

Our Heritage Connection: An email containing information on the upcoming worship service, upcoming events and announcements, distributed each Monday on HUUC Announce.

Outreach Offering: An offering collection taken to help an organization outside of Heritage Church.

OWL: Our Whole Lives, a human sexuality education program developed jointly by the Unitarian Universalist Association and the United Church of Christ. The OWL program has different classes for different age groups.

Parish Minister: The ordained clergyperson who is called by the congregation to serve the church.

Rainbow Discovery: A special religious exploration program that acts as a rite of passage for for children in the primary grades.

Region: A geographical, administrative area of the Unitarian Universalist Association. Heritage Church is a part of the MidAmerica Region.

Salem Acres Community Church: The name of the Heritage Church congregation before moving to its current location on Newtown Road.

SUUSI: Southeast Unitarian Universalist Summer Institute. A gathering of UUs for one week each summer for classes, workshops and worship. Website: www.suusi.org.

TAA: Time for All Ages. A time in the service when the children (usually) come to the front of the Sanctuary and listen to a speaker.

Unitarian: Historically, Unitarians were Christians who believed in the Unity of God, not the Trinity. For Unitarians, Jesus was a person but not divine.

Universalist: historically, Universalists were Christians who believed in universal salvation, that is, that all persons would be redeemed and go to Heaven, not to Hell.

WA: Worship Associate. A person from the Worship Committee who helps coordinate a particular worship service. Typically the worship associate open the service and assists with other elements in the service. They usually do not deliver the reflection / sermon.

YRUU: Young Religious Unitarian Universalists. This was a continental, denominational youth organization. Though no longer officially in existence, the term is still sometimes used.