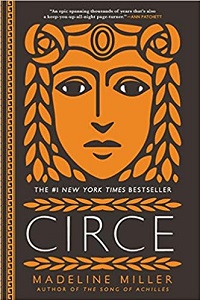 Following the gracious warmth of Julie Kane’s home for the Babes with Books (BWB, or Heritage Women’s Book Club) and their annual, December holiday gathering, the Babes will bundle up against the coming winter cold with tales of a goddess. The January 19, 7 p.m. meeting in the Heritage Room will involve discussion of Circe, by Madeline Miller. Described by Alexandra Alter of the New York Times, the novel is a “bold and subversive retelling of the goddess’s story.” This #1 New York Times bestseller is “both epic and intimate in its scope, recasting the most infamous female figure from the Odyssey as a hero in her own right.”

Our future reads and meeting dates currently consist of:

All women, members or friends, are always invited to any BWB meeting – whether they have read the book or not. Unless otherwise announced, the meeting’s selection is available on hold for the Heritage Book Club at the Anderson Township library approximately a month in advance. For inclusion in the BWB Google group emails, contact Vali in the office.