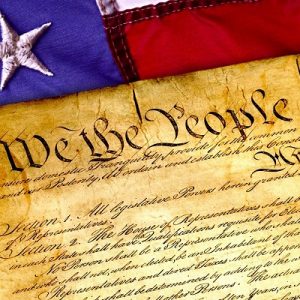 Join other Heritage Church members and friends in attending this Zoom-based presentation and discussion from Central Ohio Move to Amend.

From Move to Amend:

On January 21, 2010, the Supreme Court’s Citizens United v. the Federal Election Commission (FEC) ruling unleashed a tidal wave of election spending that cleared the way for the sale of American democracy to the highest bidder.

On the eleventh anniversary of this disastrous decision, Move to Amend’s Greg Coleridge will lay out the historical precedents behind the Citizens United v. FEC ruling and consider the consequences, from the explosion of super-PACs and dark money to the deluge of electeds who prioritize wealthy donors over constituents.

Fortunately, Citizens United v. the FEC also led to the founding of Move to Amend by scholars and grassroots activists who early on recognized the dangers of the case and outlined strategies to counteract them.

Move to Amend Central Ohio invites you to this month’s one-hour virtual “Speaking of Democracy” session about Citizen United v. FEC. Special guest Greg Coleridge will summarize the history of the case, review its consequences with an emphasis on Ohio, and discuss how Move to Amend is working to end corporate control of our democracy. Illustrating anthropologist Margaret Mead’s famous truism that “a small group of thoughtful committed citizens can change the world,” Greg will also share Move to Amend’s remarkable origin story. Hear how this powerful people’s movement of nearly half a million people began with a small group of concerned citizens who back in 2009 understood the destructive tentacles of Citizen United v. FEC and organized to ensure a government of the people, not corporations.

Greg Coleridge is a constitutional researcher, author (including Citizens over Corporations: A Brief History of Democracy in Ohio and Challenges to Freedom in the Future), and grassroots organizer. Greg has held leadership positions in the American Friends Service Committee (AFSC); Program on Corporations, Law & Democracy (POCLAD); Alliance for Just Money (AFJM); and Common Cause. A founding member of state and local Move to Amend organizations in Ohio, Greg currently serves as Move to Amend’s National Outreach Director.

Register in advance at:
https://us02web.zoom.us/meeting/register/tZIpd-2oqzkpHdCcsCGZVBdVNvzTa8gBtUed

“We, the People of the United States of America, reject the U.S. Supreme Court’s Citizens United ruling and other related cases, and move to amend our Constitution to firmly establish that money is not speech, and that human beings, not corporations, are persons entitled to constitutional rights.”