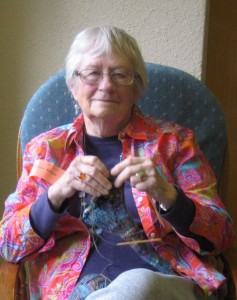 Perhaps, the most important organization in our church is the Board of Trustees. It is this group of church members who address our problems, plan our future and keep the church well-oiled and running smoothly. We have in our possession most of the minutes of our Board of Trustees meetings from 1844 to the present. Let’s take a look at the similarities and differences in the issues confronted by two different boards, one in 2000 and the other 100 years earlier in 1900.

One immediate difference is that the meetings in 1900 were opened by prayer usually offered by the church minister, Harry Blackford. The meetings in 2000 were opened with reflections from our minister Elinor Artman or one of the members of the board.

The Board of Trustees of 1900 served throughout the year and beyond. It was not unusual during much of the early history of the church for board members to serve for many years. Presidents often served multiple consecutive terms. The president of the board in 1900 was Andrew Henkel. Other members were D. J. Saunders, George C. James, Charles H. Stephens, Charles Brown, George L. Utter and A.M. Crane. It was common practice for the meetings to be held at the office of a board member. During this period, the meetings were generally held at the office of Charles Stephens, a prominent Cincinnati lawyer.

At the June 2000 board meeting, three new board members joined the group and three members exited. Leaving the board were Rod Vivian, Rae Jane Araujo and outgoing President, Sam Gamble. New board members were Doug Spak, Rick Combs and Sandy Gaither. Continuing on the board were Peg Feder, Jill Frank, Mark Buckley, Jerry Howard, Bob Rush and Tracy Rossa. Jill Frank assumed the position of Board of Trustees President.

Both boards saw their congregations sitting in relatively new buildings. Nonetheless, maintenance was a major issue. In the case of the 1900 church, they were renting out the Robson building to businesses. There were 19 “flats” in the building and usually 12 to 15 of these were in use. One was rented by a barber, another by a baker and a third was a pharmacy. The building had been willed to the church by George Robson, a member who had died in the 1850’s. One member of the board was responsible for collecting monthly rent from each tenant which ran from $25 to $35. The board voted to allow him to keep 5% of the rents as compensation for his efforts but he refused to accept it. In addition to rent collection, there were issues of repairs to the aging building. These concerns with the Robson Building had been a major headache for the church for decades. Eventually, the property was sold.

For the 2000 Board of Trustees, there were issues of grounds maintenance and beautification. At the June board meeting, a “work evening” was declared for every Thursday that was to run from 6 p.m. until dark. Additionally, the board wrestled with renting out the church to different groups to create a source of additional funds. Rentals to several organizations were discussed and a one-year contract with the Dream Group was signed. A yoga group was to use one of the classrooms.

The 2000 board was briefed on the recent Religious Education adoption of the OWL (Our Whole Lives) program for human growth and development. It was to be used in all UU churches in the Cincinnati area from January to April 2001. It was described as “the new spirituality class of human sexuality, relationships, and maturity”. It was to replace the AYS (About Your Sexuality) program which had drawn some negative response. The OWL activities were to run every other year while in alternate years the Coming-of-Age program would be run for younger children. It probably goes without saying that in 1900 there was no discussion of such a program for our church.

Very little is mentioned of finances in the minutes of modern board of Trustees meetings. Important decisions regarding salaries, major purchases or repairs are openly discussed but the day-to-day financial operations of the church go unrecognized. As just one example, the 2000 Board of Trustees discussed the payment of $262.00 for the UU Council and $1,287.00 for district dues. On the other hand, minute details of finances were included in the minutes of 1900. As an example, they list disbursements which included $125 for the monthly salary of Reverend Blackford, $12 was paid as the monthly salary for the choir director, E.C. Callahan and another $2 to E. B. Herndon, $3 to Emma Stevens and $5.60 to E. L. Hawes as choir soloists. Herndon and Stevens had sent word to the board that they would no longer solo unless paid and a salary of $1 per week was agreed upon. Krouse plumbing was paid $10.50, Metcalf Coal Co. received $13, the water bill was $2.36, the gas bill $2.93. The janitor received $25 per month, kindling cost $1.50, soap 40 cents, Jenkins Music Store $1.60, toilet paper 50 cents and $8.20 for interest on a call loan. This is only a small part of the total financial report included in the Treasurer’s report in the minutes.

The 1900 Board of Trustees was not engaged in a ministerial search. Reverend Blackford had been installed in 1899. He was to serve until 1901 when he left the ministry to become a medical doctor, the main reason being to provide support for his invalid wife. The 2000 board was heavily engaged in exploring what course to take to fill the ministerial role. Elinor Artman had announced her intention to retire and the board was trying to decide whether to hire an extension minister or employ an interim minister. It was felt that growth was stagnant and the potential income of a full-time minister was more than the congregation could afford. There was great expense to choosing the extension minister option and little chance it would be approved by the UU national office. The congregation had approved seeking the service of an interim minister at a full meeting in October of 1999 and it was decided to continue with that course at the August 2000 board meeting. There is little mention of this topic for the remainder of 2000. However, in 2001 it was decided to change course and hire a full-time minister. Reverend Bill Gupton eventually received the call and is still with us 20 years later.

The Board of Trustees serves a vital role in the operation of our religious community. A tip of the hat to our current board, Michael Wilhite (President), Michelle Kelly, Kay Inskeep, John Sandman, Meredith Meyer, Julie Kane, and Mark Buckley (yes, the same Mark Buckley who served on our 2000 Board of Trustees).