Maus will be discussed during the Zoom meeting on Tuesday, January 31st @ 7:30 p.m. The Zoom link will be sent out the day of the meeting to the Banned Book Club mailing list. If you are not on the list, contact Laci Lee Adams at: 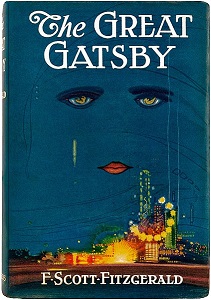 As noted on Wikipedia, “The Great Gatsby is a 1925 novel by American writer F. Scott Fitzgerald. Set in the Jazz Age on Long Island, near New York City, the novel depicts first-person narrator Nick Carraway’s interactions with mysterious millionaire Jay Gatsby and Gatsby’s obsession to reunite with his former lover, Daisy Buchanan.” The novel includes consideration of social class, wealth, gender, race, environmentalism, and the American Dream. “The Great Gatsby is widely considered to be a literary masterwork and a contender for the title of the Great American Novel.”

“Gatsby believed in the green light, the orgastic future that year by year recedes before us. It eluded us then, but that’s no matter—tomorrow we will run faster, stretch out our arms farther…. And then one fine morning—So we beat on, boats against the current, borne back ceaselessly into the past.” – F. Scott Fitzgerald, The Great Gatsby