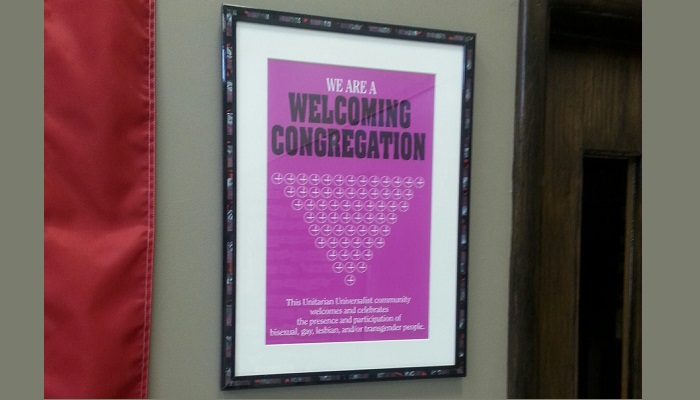 The Welcoming Congregation Program is a volunteer program for Unitarian Universalist congregations that want to take steps to become more welcoming and inclusive of people with marginalized sexual orientations and gender identities.

The program grew out of an understanding that widespread prejudices and ignorance about lesbian, gay, bisexual, and transgender (LGBT+) people existed within Unitarian Universalism, which resulted in the exclusion of LGBT+ people from our congregations. Heritage UU Church began the program in 2002 and completed it in 2004, receiving recognition from the Unitarian Universalist Association (UUA) as a Welcoming Congregation in that year.

Today, the congregation is proud that membership includes people who are out as lesbians, as gay men, as bisexual, and as transgender persons. People who have or now serve in leadership roles include people who are lesbian, gay, and transgender.