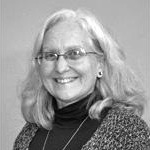 Three-year-old Timothy came home from daycare one day, a little more subdued than usual. When his mom asked him about his day during dinner, Timothy suddenly declared, “Mom, I don’t want to be black.”

His parents were shocked. Especially since Timothy, and everyone in his immediate family, is white.

Timothy’s mom was especially worried. “We not only consider ourselves liberals,” she said, “but our church affirms the ‘inherent worth and dignity’ of every person. For our own child to express racist beliefs at such a tender age knocked us for a loop.”

Further questioning revealed that Timothy believed skin color to be changeable. This is not an unusual belief for a preschooler — before the age of 2 most children don’t typically notice differences in skin color. When they first begin to notice, they often think that things such as race are changeable; that black people might become white or vice versa. Most children grow out of this belief sometime between the ages of 2 and 5.

More disturbing is that during early childhood variations among people are not only noted, but value judgments about differences are being absorbed from families and peers. Even in his sheltered and progressive community, 3-year-old Timothy had absorbed the idea that being black was not a good thing. Perhaps even worse, some studies assert that even our youngest children discriminate, showing favoritism to those whom they look most like.

Most white families, even those considering themselves liberal, rarely talk to their children about race, often mistakenly believing that children are naturally colorblind. When they do broach the subject, their conversations typically affirm that all skin colors are beautiful, that we are all equal, and that overt racist incidents are in our past.

Conversations in families that include people of color can’t paint such a rosy picture. Many parents have written agonizingly about having “the conversation” with their black sons as they enter adolescence, beginning to look like men, and the resulting dangers they face. Recent articles advise that these conversations should begin even earlier — as early as age 3 or 4 — as even kindergarteners of color face covert and overt discrimination in their schools and on the playground. Recent studies have shown how black children are treated unequally and “dehumanized” and are “more vulnerable to harsh, adult-like treatment.”

Still many parents, white and black, try to shield their youngest children from the evil in the world in hopes of protecting the “innocence of childhood.” Could it be that this silence serves to perpetuate violence against people of color? Are there age-appropriate ways to talk about prejudice, discrimination, racism and violence with even our youngest children?

Dear ones, we have work to do. As accounts of yet another racially motivated tragedy flood our newspapers and Facebook pages we need to hold ourselves accountable to end racism, and that includes talking to our children.

If your immediate family does not include people of color, here are links that may help you begin the conversation:

Talking About Racism with White Kids

What White Children Need to Know About Race

Teaching About Ferguson: Not “Optional” for White People

With the Charleston Shooting, at Time to Stop Teaching about the ‘History” of Racial Violence

For an eye-opening and engaging program to help examine your own views of racially identity, follow this link to the Interactive Diversity Solutions website:

If you haven’t guessed by now, the “Timothy” in the above story is my own child and the memory of that incident, nearly 20 years ago, still cuts to my heart. After 20 years, I’m still learning, still trying to grow. Won’t you join me?