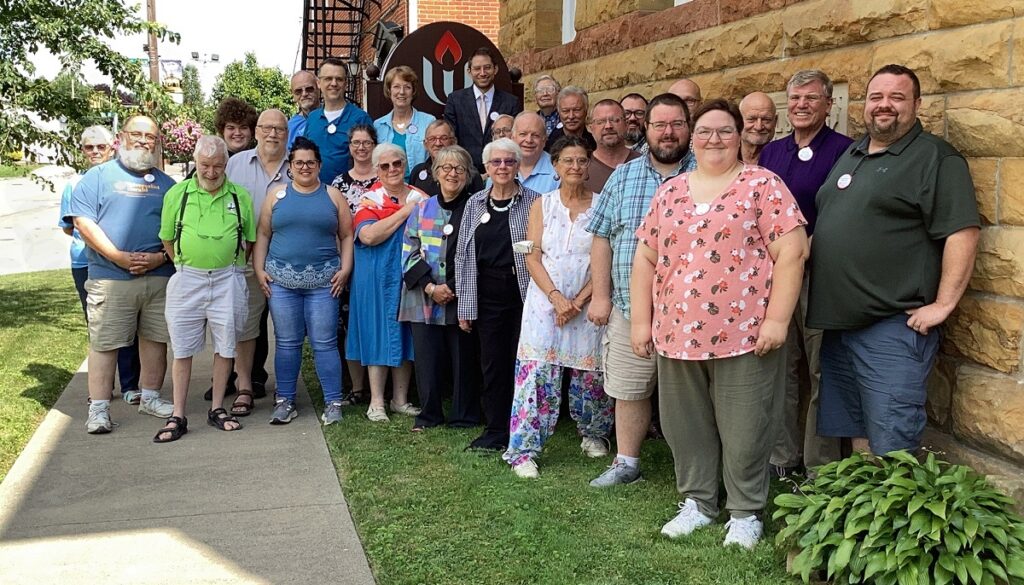 David Damico, editor of the Universalist Herald, the oldest continuously-published liberal religious magazine in North America, talked about his background and how he runs the magazine. For each of the four yearly issues he picks a theme and invites articles that can come from both ministers and lay people. (For more information, see http://www.universalist-herald.org/.)

Jay Kiskel, board member of UU Studies Network, formerly UU History and Heritage Society, gave a talk on “History of the Young People’s Christian Union (Y.P.C.U.).” In the later 1800s and early 1900s, the Y.P.C.U. was a grassroots organization of youth and young adults which grew quickly and did a lot of successful missionary work spreading the Universalist message and establishing churches. Kiskel also traced the repeated rise and fall of our denomination’s youth organizations. He noted that the youth organizations of the Unitarians and the Universalists formally merged in the 1950s, nearly ten years before the consolidation of the two denominations in 1961. The last national UU youth organization, the Young Religious Unitarian Universalists (YRUU), was disbanded by the UUA Board of Trustees in 2008.

Rev. Schuyler Vogel, Senior Minister of the Fourth Universalist Society in New York City, talked on “Not for Ourselves Alone.” He started with the observation that mainline churches in America are in decline, and that UUism is also in a decline, though one that is somewhat less steep. He described how reaching out to the wider community can save Universalism both as an ethic and in physical terms. In the case of the Fourth Universalist Society, it actually helped obtain a new roof and thereby save the church building.

On Sunday, All Souls Church celebrated its 200th anniversary. Its minister, Rev. William Humphrey, asked the question, “What is Universalism?” and solicited answers from those in the sanctuary. Among those who gave their thoughts were several members of the All Souls congregation. I was struck by how their answers involved theology. I surmise that in the rural area served by this church, surrounded by evangelical Christians and Biblical literalists, to say that Universalism is about “including all people” would be a vague answer without power. In the present day and place, when the prevailing message was that God would send a person to Hell if they did not believe a certain way, the response of the Universalists was that God, who is love, will not send anyone to eternal torment in an everlasting Hell.

A big part of the Convocation was the chance to talk with many people informally. One attendee remembered when Heritage Universalist Unitarian Church in Cincinnati hosted the Convocation in 2014. What they remembered particularly was the wonderful food we provided! 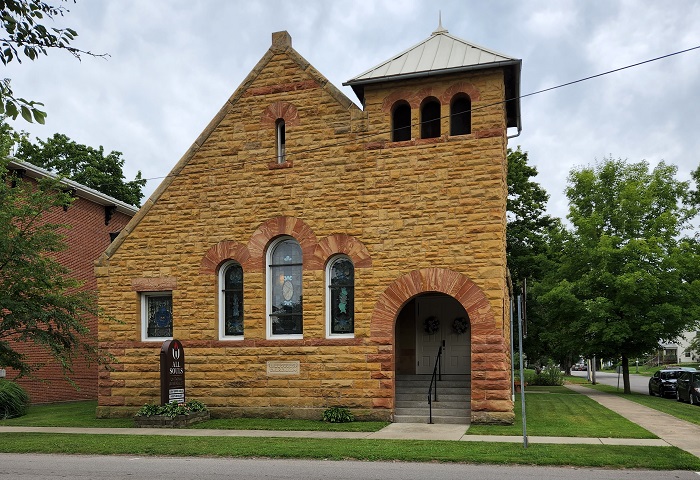 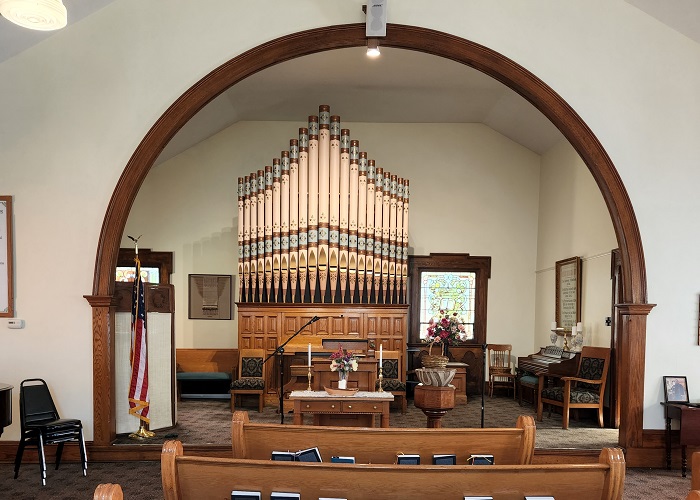 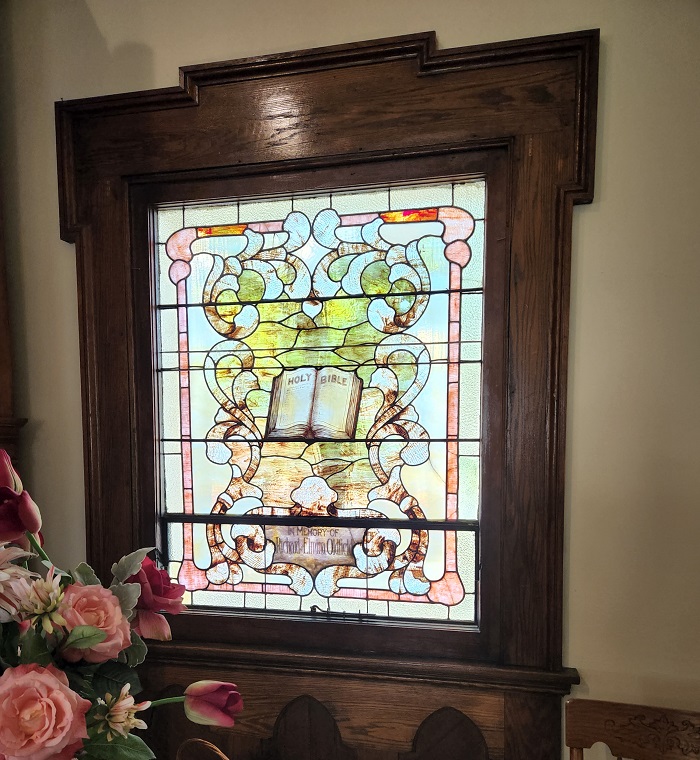 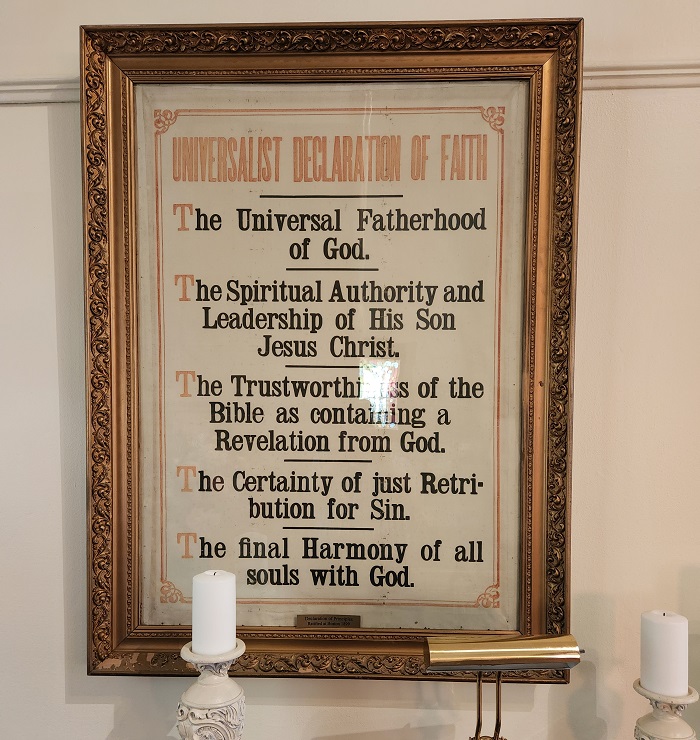 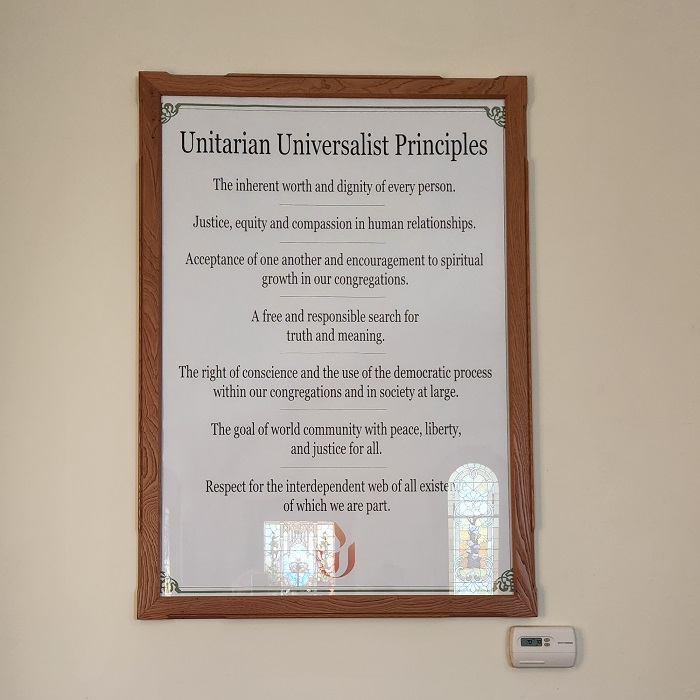 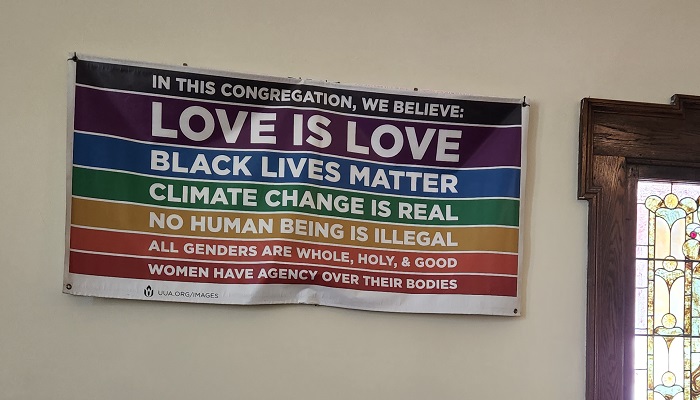 A modern, unofficial statement of some principles, starting with “Love is Love”

You can watch videos of these Convocation talks, recorded by David Damico:

Not For Ourselves Alone: a Universalist Survival Guide, Rev. Schuyler Vogel
https://youtu.be/m5Nq5x3kgIg

The 2023 Universalist Convocation will be held in Philadelphia, Pennsylvania. (For more information, see https://universalistconvocation.org/.)